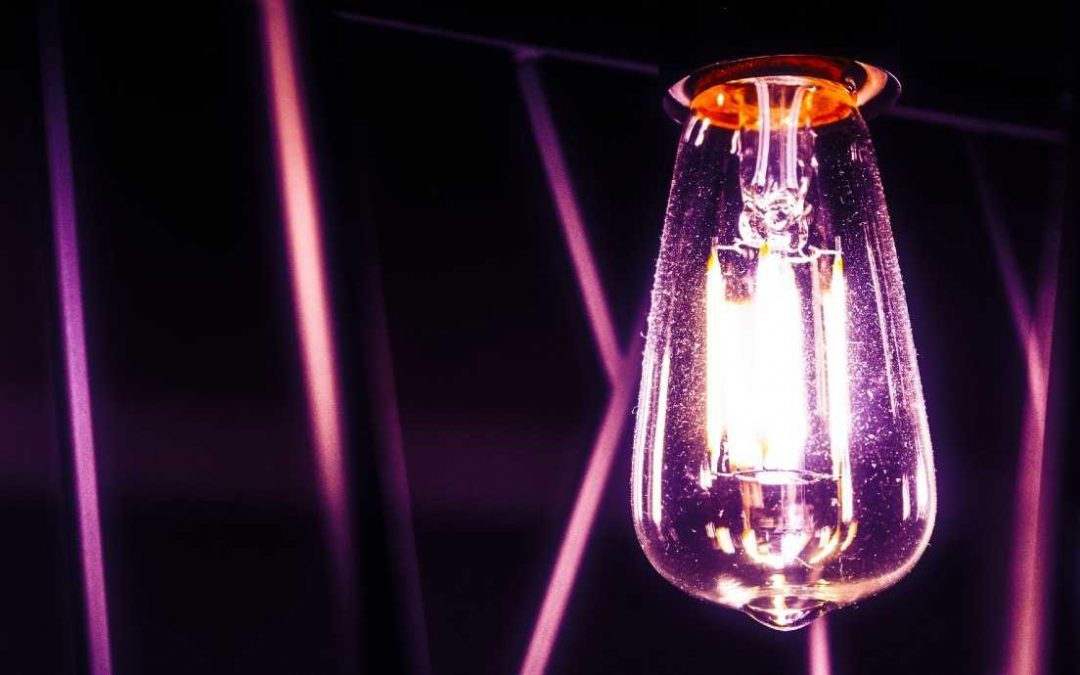 How to Stop LEDs from Flickering

If only life were simple! If only we could buy an LED fitting, or retro-fit LED lamp, wire it in, connect it to a dimmer and hey presto – a perfectly dimming light.  Unfortunately, as so many of you will have experienced, this is not always the case and lamentably, the answer is not always crystal clear.  So how to stop LEDs from flickering? The following explanation in layman’s terms may help you resolve any problems you may have or, even better, avoid them in the first place.

All LEDs have electrical control gear known as Drivers – even retro-fit LED lamps have tiny drivers in the base of them. These need to speak the same language as the dimming module.  When using a simple Mains dimming switch there are two methods of dimming – one is Trailing Edge and the other is Leading Edge.  Trailing Edge tends to be better; the dimmers are slightly more expensive but they are less prone to buzz and are generally more compatible with a wider range of fittings.  The manufacturers of the LED driver or lamp should stipulate the dimming method recommended (some will say either) so then you can ensure that the correct dimmer is installed. Do check that the LED retro fit lamps are dimmable – not all of them are!

For large projects always check that the dimmers are compatible with the LED fixtures or lamps that will be used; I usually combine Philips MasterLED lamps with Varilight V-pro intelligent dimmers which currently work well together – please note the word ‘currently’ as specifications can change and  manufacturers will always state that testing should be carried out to ensure compatibility.  Forbes and Lomax combine beautifully styled fittings incorporating Varilight dimming modules but it always advisable to state that the dimmer will be used for LEDs when ordering

A common mistake is to look at the maximum wattage on the dimmer, say 250 watts (in old money) and decide that, as the LED lamps are only 5 watts for example, you would be able to dim a multitude of fittings on that circuit. Wrong.  Ideally you should downrate by 6-10 times so in this case you would be best running  5 – 8 max fittings of 5 watts each.  It is possible to get larger load dimmers so it is best to check the number of fittings on each circuit before installation.

Some dimmers, especially Leading Edge dimmers, need a minimum load in order to work, some as much as 40 watts before they will kick in. The more modern Trailing Edge dimmers will generally work from a lower load set point but be wary of trying to dim one or two LED fittings on one dimmer or you may need to incorporate a ‘dummy load’ to enable the dimmer to work.

Try to avoid using MR16 equivalent LEDs where possible when dimming as you then have three factors to bear in mind – the dimming module, the driver and the transformer which involves more ‘communication’ and more chances of incompatibility.  GU10 retro fit LED lamps or GLS replacement lamps are much simpler altogether.  However, on a positive note I have had success with using Philips MasterLED MR16 lamps with low voltage fittings on a Hamilton Mercury system but this was several years ago so may not be true today.  Always best to check.

If you don’t know whether you are going to use Leading Edge or Trailing Edge drivers then go for a Phase Adaptive dimmer; more high spec but flexible. Try Lutron for the latest in cutting edge dimming technology.  And if you’re wiring a new-build or self-build property it is worth considering a digital method of dimming such as DALI.

Constant current LED drivers general work much better than constant voltage ones. The LED fittings for constant current drivers should be wired in series and your electrician should always check what products are specified before any wiring is done.

If you are still having problems with flickering lights and you have assessed all of the above then it may be time to check out the wiring in the property. Loose or faulty wiring or spikes and troughs in the electrical supply reaching the circuits in question could be having a knock-on effect so it is always advisable to check this out as well 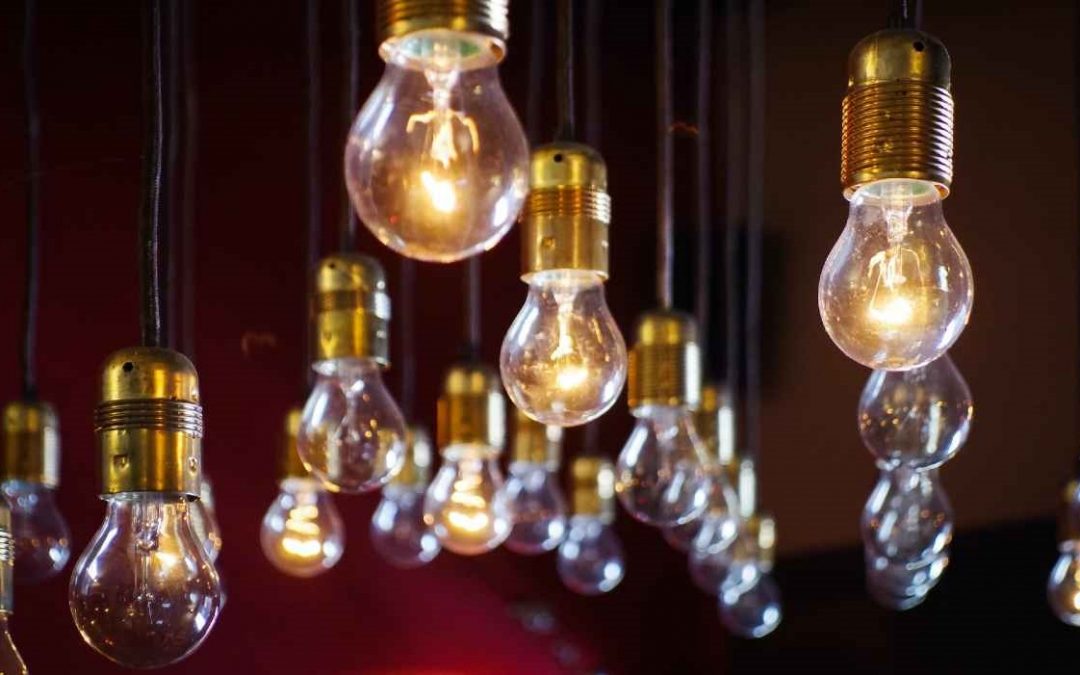 Light Bulbs in the Spotlight

The European Commission has just agreed to delay the banning of the halogen replacement version of the incandescent lamp until September 2018. This ban may come as news to the average consumer amidst curses and mutterings but the positive news is that by this date the market should be well established with cost effective LED alternatives; in fact by this time we will probably have turned away from this type of halogen through choice in any case.

So let’s have a look at the twisty path of the incandescent and its replacements and where we are heading in the near future.

*Author’s Note to purists: ‘Lamp’ or ‘Bulb’, does it matter as long as we understand?

Now that was a blow when we were told that our trusty light source was to be banned. It gave a beautiful warm light, excellent colour rendition and went a fair way to heating one’s home in the winter. But no – that final point was one of the reasons for its demise!

People started hoarding them before the guillotine’s axe was to fall. In fact, I remember asking what I could do for a very ill friend and she said all she wanted was a good supply of 100 watt clear incandescent light bulbs so she could read easily!

So these were then replaced with:

Has anyone, anywhere and at any time said they love these lamps? In the early days the light temperature was cold and the colour rendition was ghastly, casting a grey hue and making faces look sallow and colours lack lustre. They would take several minutes to warm up, whilst keeping most of us in fruitless anticipation of a decent volume of light being emitted. To add insult to injury they have received slurs relating to their effect on our skin and eyesight.

These have improved over recent years but how many people have bought the latest versions? I mean, isn’t the point of them that they last for years, and years… And then, when we do want to change them where do we put the old ones? We all know that they shouldn’t be disposed of with normal refuse but where? And what a bore! How many people actually do dispose of them in a responsible manner and, in reality, how much mercury is being added to our landfill?

The Halogen version of the incandescent lamp. The best replacement in terms of clarity, colour rendition and the vitally important fact that they are dimmable. Not nearly as energy efficient as compact fluorescents but give instant light and the candle version works well with chandeliers when the bulb is exposed.

These are the lamps to be banned in September 2018

The relatively new kid on the block, these have a very space age look. Not cheap and many not dimmable but we are getting to a better quality of light more instantaneously although we are still struggling to reach the output of the good ole incandescent 100 watt lamp. Still, progress is being made.

These are beautifully clear and sparkly. The higher output lamps are not all dimmable yet but undoubtedly within months this will be rectified. We are nearly there now with quality of light and the more efficient lamps keeping well below 10 watts with excellent output.

Another feature that some of these lamps offer is ‘dim-to-warm’ meaning that as they are dimmed, the colour temperature warms, more akin to the warmth of candle light.

And soon to come…

A new method being perfected by the University of Manchester forming a light bulb made of graphene coated LEDs which will be even more energy efficient and long lasting. It is anticipated that these will be on the open market in a matter of months at competitive rates.

This seems to have by-passed the regulations being of an industrial nature although very ‘on trend’, especially in bars and restaurants. Not energy efficient in the original version but can now be replaced with similar filament style LED versions such as:

And finally a funky version of the compact flurorescent

These are basically twisted fluorescent lamps in weird and wonderful shapes. Energy efficient, warm white with average colour rendition but not dimmable. These are by Plumen www.plumen.com